Inside the shark’s mind

Sharks are currently being targeted and killed in Western Australian waters – it’s the government’s response to a recent spate of fatal shark attacks. For the BBC’s Discovery programme on the World Service I take a timely look at the cull, exploring alternative science-based options for dealing with the shark attack issue.

The documentary features interviews and adventures I’ve had with sharks and shark researchers around the world. Like the time I met the wonderful “Shark Lady” Eugenie Clark at Mote Marine Laboratory to talk about her early studies of shark learning (including her story of taking a baby shark on a plane).

I also meet Shaun Collin and Nathan Hart at the University of Western Australia and find out how they are testing various shark repellents including stripy wetsuits and bubble curtains. I chat with Rodney Fox about the time he was very nearly killed by a great white shark in the 1960s and how since then he has become a great shark advocate – he among many others is strongly opposed to the WA shark cull.

And you can hear what I got up to in Fiji when I went diving with forty enormous bull sharks that have been taught not to attack humans – I found out for myself that a shark alive in the water is worth far more than dead, with its fins in a bowl of soup.

Producer Andrew Luck-Baker at the BBC Science Unit did a fantastic job of weaving all these stories together (and choosing a very cool sound track). Listen to the documentary here (streaming from the BBC website) or download the podcast. 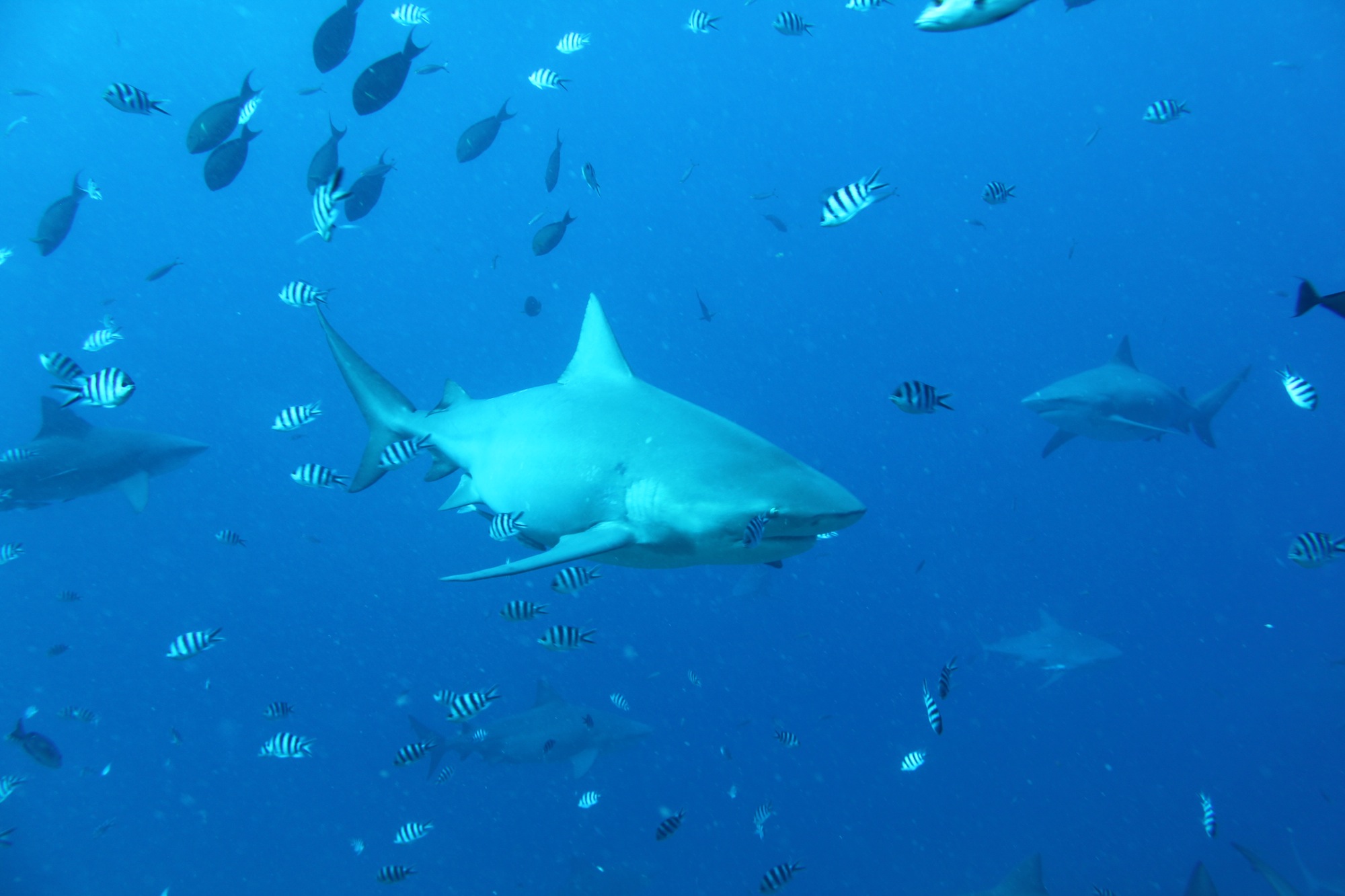